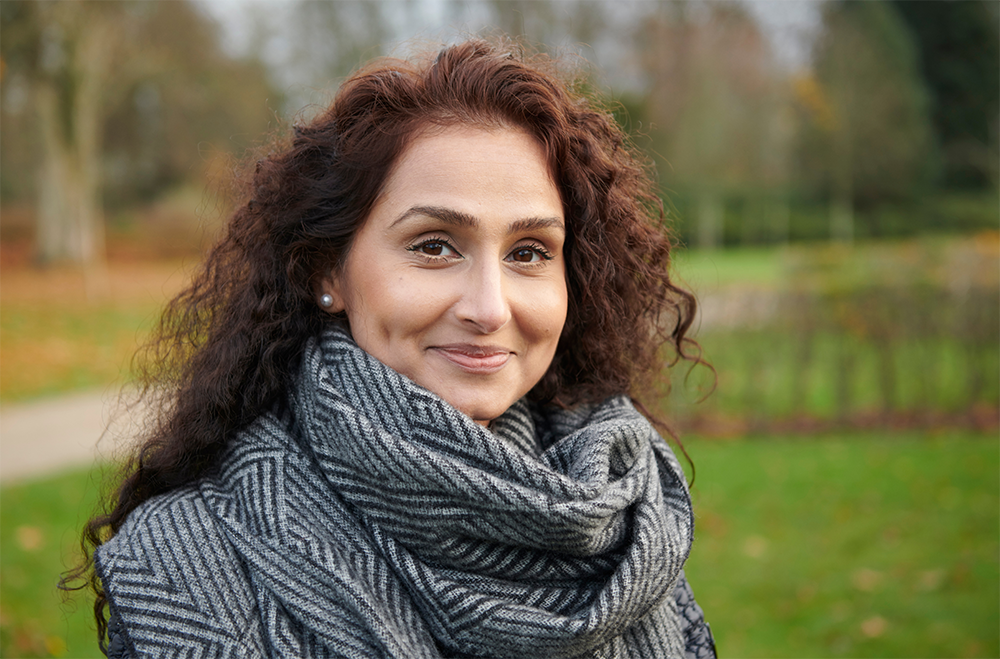 until she followed Jesus

Zamina’s family tried to silence her. They hated her Christianity and didn’t want to have anything to do with her or her faith.

As a child Zamina grew up in a loving home. She was surrounded by her parents, siblings and plenty of aunts and uncles who trained and cared for her.

But when she trusted in Jesus as a young adult, her family relationships suddenly changed. They often excluded her from gatherings and events. If they did invite her, she was isolated and ignored. Her husband and children were treated the same.

“They trained me and loved me, so the sharp sudden change was painful and hurtful,” Zamina said.

Today you can help encourage new believers who feel isolated and alone.

Before trusting in Jesus, Zamina fell into a deep depression. She had been a relationship with a man she cared deeply for and was heartbroken when it ended. She wanted to run away from home to escape her situation. She felt unworthy, unlovable and had very little hope for the future.

Her sister introduced her to a psychic thinking she could help. Fortunetellers, black magic and connection to the spiritual world are very common in Central Asian culture. So Zamina went at her mother and sister’s insistence.

“The encounter with the psychic freaked me out. She described everything in my life with accuracy. It was very scary that there would be someone who could describe—and have a connection with—the other dimension,” she recalled.

The fortuneteller told Zamina she needed to cleanse her mind and body, and she’d be fine. She did as the woman prescribed, but it made her feel even more empty.

Zamina tried to go deeper into her Muslim faith. She began wearing traditional attire. She tried to practice Namaz—praying five times a day at the prescribed times—but it didn’t make her feel better either. She desperately wanted to know God and find answers to her questions, but she didn’t know where to turn.

The she met a man online. Emir told her about Jesus and how He loved and accepted her. He told her Jesus could forgive her sins and make her new.

It sounded too good to be true. But Zamina wanted to know more. She met Emir in person, and eventually they started dating. He was different than anyone she’d ever met. “He shared how the Bible changed him, and I thought ‘good maybe it could change me too,’” she said.

She began reading the New Testament. Then she saw Jesus in a dream. Eventually she realized the person in her dream was the one she’d been reading about in the Bible.

Zamina told Emir she was ready to follow Jesus, and she never looked back. She and Emir were married, and today he serves as a local Uzbek pastor.

Her family didn’t understand the change in her life or support her new faith. They kept trying to correct her and bring her back to her Muslim roots. When she refused to renounce Jesus, the persecution began.

You can help women grow in their faith and influence their families as they live out the message of Jesus.

Zamina faithfully shared God’s love with her family no matter how they treated her. She prayed they’d one day come to know Jesus.

When her mother received an Alzheimer’s disease diagnosis, their family was devastated. As the matriarch she influenced so much of their lives, and now she was slipping away.

Eventually the family was forced to put their mother in a memory care facility. They were told she wouldn’t know or recognize anyone within a year. Zamina was allowed to visit her mother, but her family wouldn’t let her pray in front of her or talk about faith.

Her mother returned home. And today she realizes Jesus has healed her—so does their entire family.

Zamina’s mother now welcomes her prayers at family gatherings. Her heart has softened, and she is open to spiritual conversations. Zamina continues to pray her family will come to faith.

Just recently Zamina and Emir joined the Global Heart Ministries’ church network. Soon she’ll start connecting with women who want to know more about Jesus. Zamina wants to help them find their place within a loving Christian community and use their voice to influence others with the Gospel.

Right now there are so many women across Central Asia who want to know more about Jesus. When they make the courageous decision to follow Him, they also need community within a local church.

Together we can help meet them at their point of need. Through innovative technology and digital media, Global Heart Ministries shares the message of Jesus, provides faith-building resources and connects women and men to a nearby church. As people hear the Gospel and respond in faith, they are equipped to tell others about the Good News.

Will you give today to help connect women with a local church where they can learn more about Jesus and impact others by sharing the hope He gives?

Public shame can follow a woman for years when she breaks off a marriage engagement in Central Asia.

Ruslan was bullied by his siblings until he found his purpose in Jesus.