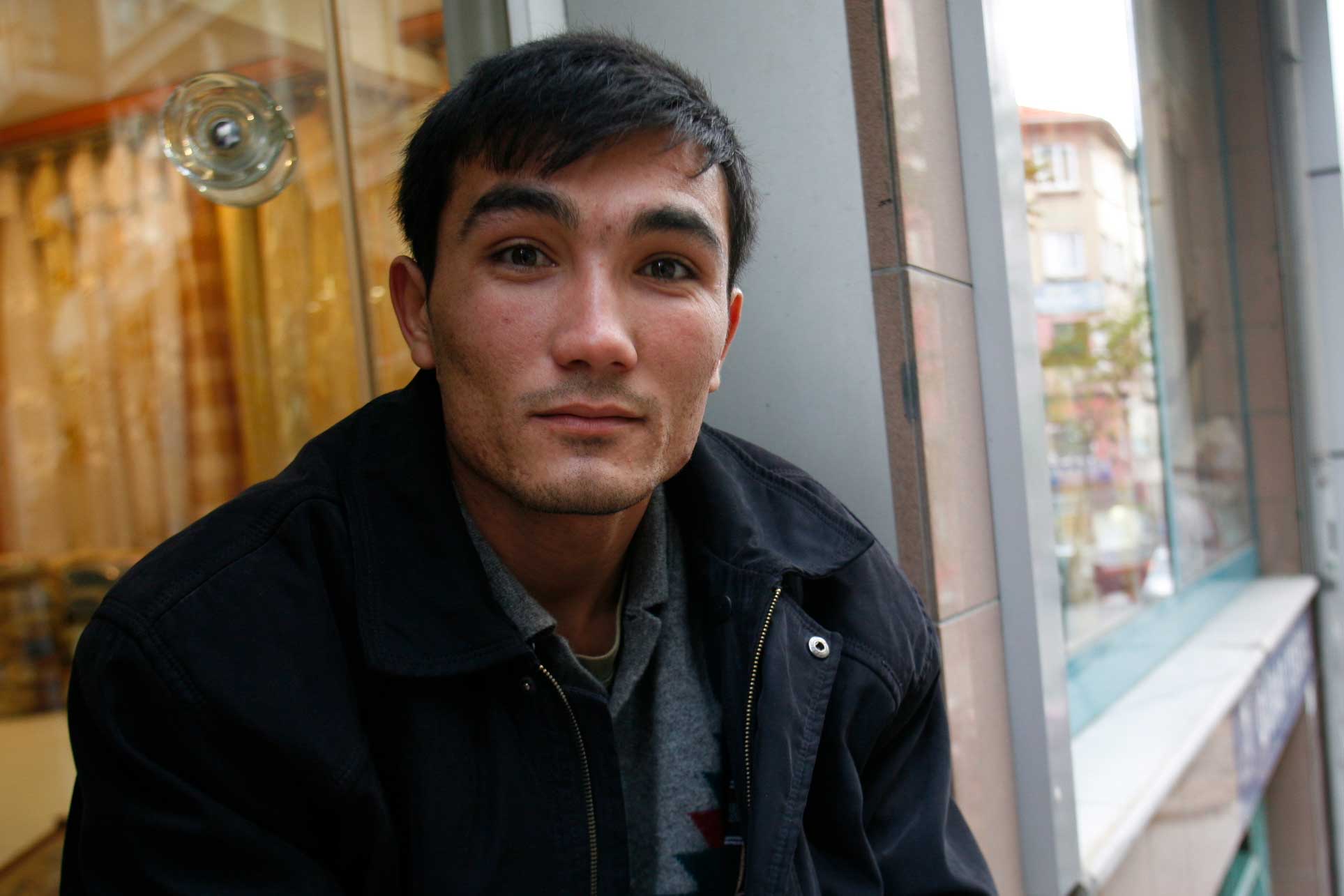 The rope around Sayeed’s neck broke—and he got a second chance.

Sayeed found a rope in his family’s backyard shed. Surrounded by the night, he put a loop around his neck and kicked off the chair.

In addition to living through months of governent-enforced COVID-19 lockdowns, Sayeed had recently gone through a divorce. His wife had left him, taking their child.

A few months later, he lost his job. He faced mounting debt. And by the end of 2020, he was overwhelmed by the weight of it all.

Today you can help people discover the hope of Jesus in the midst of overwhelming situations.

Sayeed grew up in a loving Muslim family, but he struggled to understand the rituals and teachings. By the time he was a young adult, he had abandoned the faith of his family. He still wanted to know the truth—but he couldn’t find it, although he continued to pray.

He thought he was getting along just fine, until his life crumbled around him. Suddenly he didn’t know where to turn.

So he slipped a rope around his neck and kicked off the chair. But the rope partially broke and his foot hit the ground.

He began to weep. With the top still on his neck, he couldn’t get down. He wasn’t hanging, but he wasn’t free.

“I couldn’t die, but I couldn’t survive. I was stuck between two path,” he remembers.

Sayeed called out for help. Amazingly his father woke up and came running. His father grabbed his legs and called for someone to bring a knife.

Once freed from the rope, Sayeed was alone again. He sat on the floor screaming, “Lord, help me. God show me a way. Open a door so I know what to do.”

Sayeed thought it was a joke at first. But he couldn’t ignore the woman on the phone, speaking to him in his own Azerbaijani language, who asked if he’d like to talk about Jesus.

Previously he had viewed a Global Heart Ministries’ Facebook post. At the time he didn’t even remember asking for more information. Yet something in his soul told him to talk with the woman on the line.

Sayeed shared about his divorce, unemployment, and debt. Our team member told him about God’s love for him and how he could experience salvation through Jesus. By the end of their phone conversation, Sayeed responded in faith to the Gospel. And he finally felt at peace.

You can help people like Sayeed hear about Jesus and the plans He has for their lives.

Our staff helped Sayeed connect with a local church so he could grow in his faith alongside other believers. He joined a discipleship group and participates in local outreach events every chance he gets.

“I am never tired from this work. I have so much energy and excitement,” he said.

Before coming to Jesus, Sayeed struggled with anger. He was irritable and sometimes violent. To express himself he practiced kickboxing and drove fast cars, even evading police at times.

His family noticed the radical change in his life and wanted to know more. Sayeed shared the Gospel with them, and one by one his sister, father, mother, cousin and grandmother also trusted in Jesus.

Sayeed developed a relationship with our local Connect Center team. Every time he meets with our staff, he tells them about someone else who has heard the Gospel and made a decision of faith.

“Before I always wanted to leave Azerbaijan. But now I want to stay. I must stay. Other people need Jesus in Azerbaijan too!

“I’m no longer stuck between two path. I’m a follower of Jesus, he shared.”

Sayeed isn’t wasting his second chance—he’s telling everyone about Jesus and the new life He gives.

Today there are millions of people across Central Asia and the Middle East who are desperately searching for hope. By partnering with Global Heart Ministries, you can give them access to the message of Jesus. Using innovative technology and digital media, we share the Gospel, provide connection to the persecuted church and supply faith-building resources to people living in the most unreached region of the world.

Will you give now to share the Good News with people like Sayeed and help them discover the One who gives new life and second chances?

When Aminah found her sons using drugs, you helped give her hope.

Like every parent, Aminah and her husband longed to give their three sons a better life.

Samir found the God he was searching for.

He was taught to be afraid of God; you gave access for him to learn the truth about Jesus.