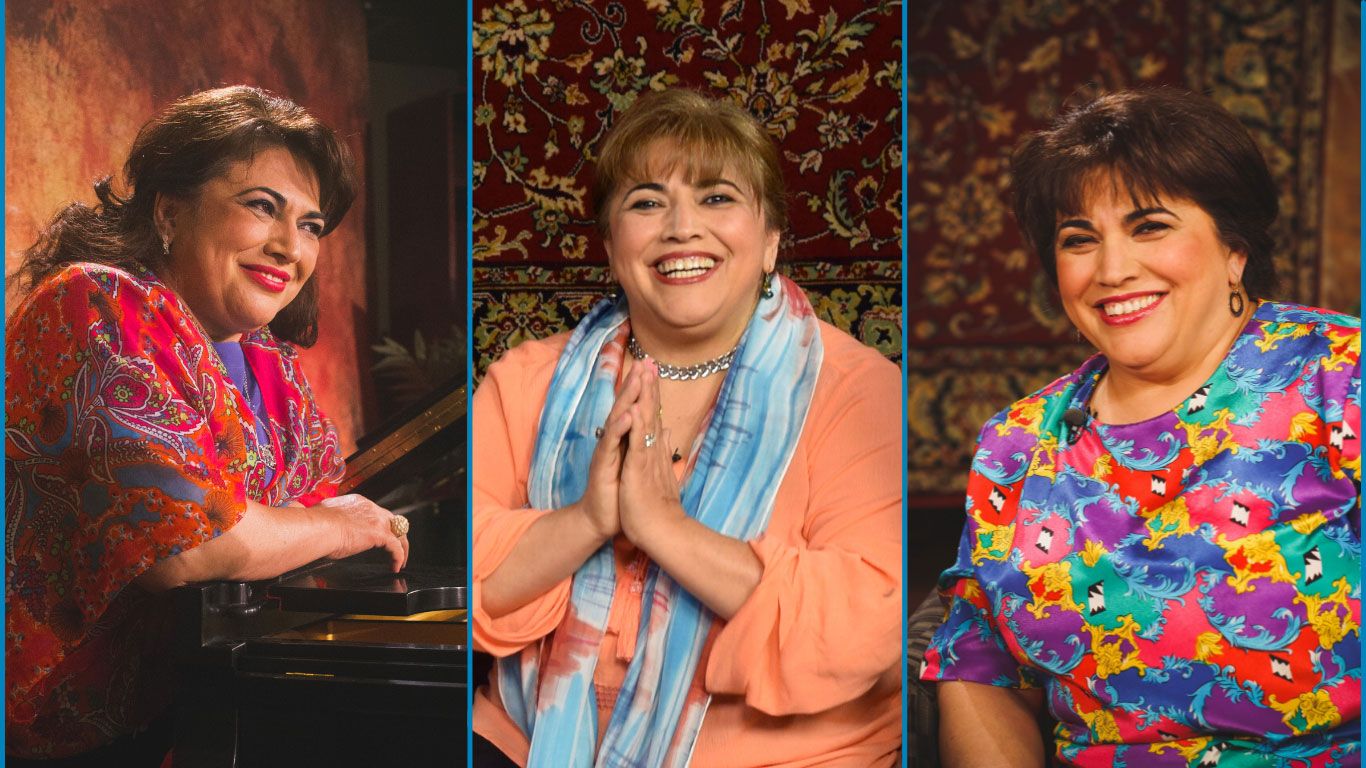 In a moment her life was shattered.

As Tarana walked down the street with her mother and young siblings, someone abruptly interrupted them. Her mother screamed and raced off. She soon realized her father had died. Tarana was devastated.

Five years later her life was interrupted again when her uncle burst through the door of the family’s home—her mother’s heart had stopped.

“Why did God give me this destiny?” she wondered at just 10 years old. “My father was gone. My sweet family memories were gone. I didn’t want to live after my mother died.”

Orphaned and alone Tarana and her siblings were shuffled from one home to the next as family members and neighbors tried to care for them. By the time Tarana was 13 years old, she was left to care for her siblings on her own. When she didn’t live up to her family’s expectations, she was physically abused and shamed. Women neighbors would gather at her house to inspect the way she washed dishes and then gossip about her poor housekeeping skills. She was ridiculed into believing she was ugly, stupid and doomed to an unsuccessful life.

She grew angry with God and couldn’t understand why He had allowed so much suffering in her life. Tarana thought, “If God exists then what a cruel God He is. He left me alone in the field of life. He made me a humiliated orphan.”

No one could help or answer her questions.

Poverty and hunger followed Tarana and her siblings. Her brothers, still teenagers themselves, went to work to provide for the family. But their struggles with alcohol and drug addictions made things even more difficult.

To escape from her situation, Tarana immersed herself in books at her local library. She read everything she could find, searching for hope in the pages. But she didn’t find a single book about Jesus or Christianity.

She decided to pursue a career in journalism. She hoped that by putting herself through college, she could escape the shame of her childhood and finally build a better life for herself. However, in vocational schools she was taught less about a profession and more about Soviet politics.

Today you can share God’s love with people who feel all alone.

After graduating from university, Tarana’s dreams began to crumble. It was difficult to find work as a woman—especially in a positive environment with adequate pay. She sought to advance herself by following communism and supporting the Soviet Union. But that left her disappointed. She devoted herself to her Muslim roots. But that also left her empty.

She faced immense pressure from her family to marry. But she didn’t think anyone would want her. So she immersed herself in her education and work even more. When her academic career reached a dead end, she returned to her hometown and watched as two of her brothers slowly slipped away due to their ongoing alcohol and drug addiction.

Tarana couldn’t take anymore loss. So she swallowed a bottle of pills and laid down on the sofa. But when she had a dream about Jesus, she couldn’t go through with her plans. She jumped up and made herself throw up the pills. Miraculously not a single pill had dissolved in her stomach.

She didn’t know what to do next and finally fell asleep. When she awoke a distant relative was at her door with a Bible. Tarana began reading it, and for the first time in her life, she realized God loved her. He was offering her the very thing she’d longed for since she became an orphaned little girl so many years before.

Tarana’s relative shared the Gospel with her, and she responded in faith. She joined a local church, and joy replaced the sorrow and despair she’d known for so long.

Her circumstances remained difficult in many ways, but now she knew God was with her. She began to see how He had been with her—providing for her—all along.

Today you can share God’s love with people who’ve never heard about Him.

It wasn’t long before she faced intense community persecution for her new faith. A group of local religious leaders plotted to harm Tarana and destroy her home. Despite their threats she refused to deny Jesus and confronted them. Ultimately, she was saved from the situation and those who tried to harm here were arrested.

She continued to help her siblings and shared the Gospel with them. But all the suffering had taken an intense toll on their lives too. After years of addiction and sickness, her oldest brother passed away. Her sister also lost her husband and struggled to provide for her children, even leaving them with Tarana for a time so she could pursue work in a neighboring country.

When Tarana was presented with an opportunity to study in Europe, she accepted. Before she left, she had the opportunity to tell her dying aunt, who had been her greatest abuser as a child, that she forgave her and Jesus would too. Tarana’s aunt responded in faith just before passing. She could finally see God’s hand at work in her family too.

Tarana continued her Bible translation work in Europe. She also met and married her husband and came to the United States.

For years Tarana served as a Social Media Evangelist with Global Heart Ministries and continues now with her own personal platform. The struggles she has faced give her a unique voice for sharing hope.

“If I met a young Tarana at the age of 10, I would tell her to always trust in her Creator because He will never leave her. I would also personalize the words of Ramiz Rovshan, the national poet of Azerbaijan…”

Today there are millions of people across Central Asia and the Middle East who are searching for hope. Through innovative technology and digital media, Global Heart Ministries shares the message of Jesus, provides faith-building resources and connects people to the Underground Church where they can develop relationships with other believers.

Would you give today so even more people can experience hope and wholeness and love in Jesus?

Narmin sought purpose in creativity—then she met the Creator

“Could God have a plan for my life?” she wondered.

Anora thought she was fatherless—until she met her true Father

When her father passed away, she feared what else might be taken from her unexpectedly.

Alam wanted Allah to show him the right path. Instead he found hope in Jesus.